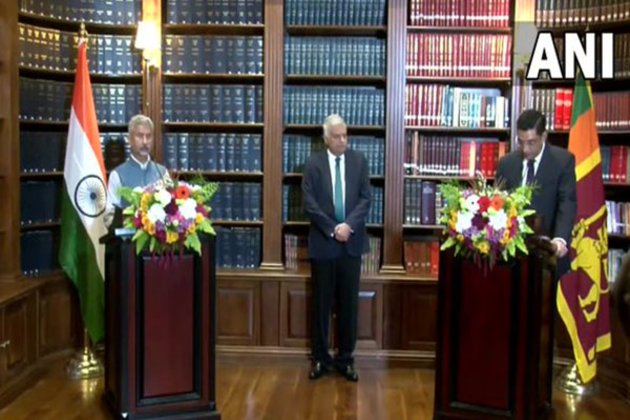 "India has always supported both the political and economic stability of Sri Lanka. The President briefed me on the question of political devolution and his thinking. I shared with him our considered view that the full implementation of the 13th amendment and early conduct of provincial elections are critical in this regard," Jaishankar said in a press statement in Sri Lanka.

The external affairs minister's visit to Sri Lanka will follow his earlier visits to the island nation in January 2021 and March 2022. Sri Lanka is a close friend and neighbour, and India has stood with the people of Sri Lanka at all times.

During the visit, EAM called on President Ranil Wickremesinghe and Prime Minister Dinesh Gunawardena and also held discussions with his Sri Lankan counterpart Ali Sabry on the entire gamut of close India-Sri Lanka partnership and steps to strengthen it in all spheres.

Addressing a press conference here, Jaishankar said durable efforts towards reconciliation are in the interests of all sections in Sri Lanka. "I also spoke of the need to pay special attention to the requirements of the Indian-origin Tamil community," he added.

The 13th Amendment provides for the devolution of power to the minority Tamil community which India has been pressing Sri Lanka to implement. This amendment was brought in after the Indo-Sri Lankan agreement of 1987.

Jaishankar's remarks come a few days after Sri Lankan President Ranil Wickremesinghe on Sunday said his government is discussing problems of the North and the Tamil people, in a step towards reconciling the island nation that has suffered three decades of war and insurgency.

"We are discussing the problems of the North and the Tamil people. I called all the party leaders to the Parliament and said let us work to unite this country and restore harmony," he was quoted as saying by Sri Lankan President's media division in an address at the National Thai Pongal Festival on Sunday afternoon.

"I also discussed with the Tamil Party MPs in Parliament. Also, I hope to announce to the country in February about the measures taken by the government to create reconciliation in the country," he added.

In his address, Wickremesinghe said his government is hoping to fully implement the 13th Amendment to its Constitution not only in the northern part of the country but also in the South.

"We hope to fully implement the 13th Amendment of the Constitution. Not only in the North but also in the South, the Chief Ministers are demanding that it be implemented. We are continuing those activities," he said. (ANI)