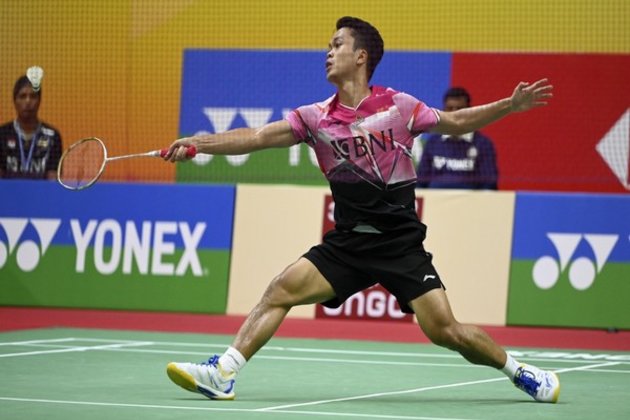 Top seed Viktor Axelsen of Denmark also advanced to the semi-finals after his opponent Rasmus Gemke had to be taken off the court in a wheelchair following a fall.

The prestigious BWF World Tour Super 750 event is organised by the Badminton Association of India. Semi-finals will be played on Saturday during the finals on Sunday.

In women's singles, top seed Akane Yamaguchi of Japan got the better of Spaniard Carolina Marin 21-17, 14-21, 21-9 and will now face Thailand's Supanida Katethong, who got a walkover from third seed Chen Yu Fei citing illness. The other women's singles semi-final will see second seed An Se Young of South Korea face China's He Bingjiao.

While there were quite a few interesting matchups in the last-eight round, the clash between former junior and senior world champions was probably the most sought after given their different style of play. Loh won the World Championships title in 2021.

Loh started strong and raced to an 11-7 lead before Vitidsarn bagged 12 straight points to pocket the opening game. The second game was a much closer affair but the Thai kept his nerves under pressure and clinched four consecutive points from 17-17 to set up a semi-final clash against Ginting.

The women's singles quarter-final between Yamaguchi and Marin looked like it was heading to a humdinger with both players locked at 5-5 in the decider. But the Japanese then raised the bar and raced to victory in an hour and four minutes.